Jewellery. We make it personal.™

Order now to receive by

Need it sooner? Get in touch

One “abalone” novelty display piece. Item is previously owned and is in delicate, but fairly good condition.

This incredible piece dates back to the early 1900’s, from Shanghai China during the Chinese export silver era. This decoration piece appears to be custom in design, made from separate components, perhaps commissioned by the artist, Luen Wo.

The main focal point of this piece is a whole, solid mother of pearl shell. There are sever chips and scuffs around the edges of the shell, with some slight yellowing from age, but it has retained its defined “shell” shape and its beautiful pearlescent colours and lustre.

Mounted to the top part of the shell is an intricately designed dragon, crafted in sterling silver, and screwed through the shell. One of the washers for the screws is missing. Mounted to the underside of the shell is an equally intricately designed figurine, also crafted in sterling silver, that is very reminiscent to that of the traditional Chinese dragon head with what appears to be the body of a fish, as per the scales and fins.

The top piece that attaches to the shell is similar to that of a sun. The base, where the dragon’s head starts, has been carved with wave like designs to depict water.

Cascading from the etching, the remainder of the base is all done in high polished silver. Along the side of the base are two stamps; one features Chinese lettering, while the other is stamped “Luen Wo”.

On the inside of the lip of the base, there is an engraving in the Danish language that reads, “Til moder fra Jørgen 1904”. This sentence translates to, “To mother from Jørgen 1904”.

This piece has no other stampings, but it is guaranteed that this piece is 900/1000 parts sterling silver, as this was the standard for Chinese silver during this time period.

This piece stands at approximate 5-inches in height, while the widest diameter of the shell measures at 9 1/4 inches.

This piece does not come with a certificate of authenticity or appraisal.

Read what people are saying

Be the first to review

Write Your Own Review

We offer FREE shipping on orders of $100 or more within Canada. Orders under $100 require a flat shipping rate of $15 All orders in Canada over $100 will be shipped expedited via Canada Post.

All orders in Canada over $500 will be shipped overnight via FedEx. Shipping is based on time of purchase. Please email info@barrysjewellers.com for further inquiries.

Once you have made your purchase, you will receive an email notification containing your tracking number. Log onto www.fedex.ca or www.canadapost.ca to use your tracking code to follow your parcel.

Make us an offer we cant refuse: 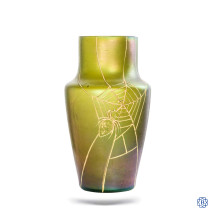 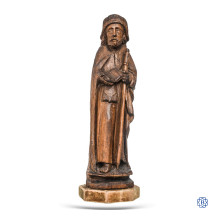 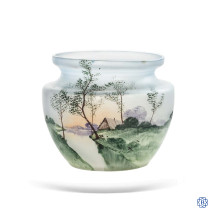 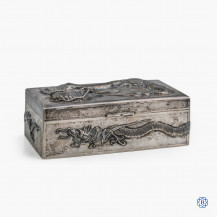 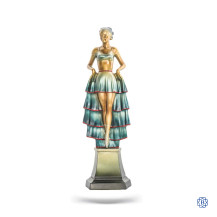 Sign up for the BARRY'S newsletter to receive exclusive offers.

We always answer within 48hrs
info@barrysjewellers.com

Free Delivery
on orders above $100

Free Delivery
on orders above $500

Free Delivery/same day pickup
On all delivery orders above $100

We make it personal
Not your traditional jeweller

You have no items in your bag.